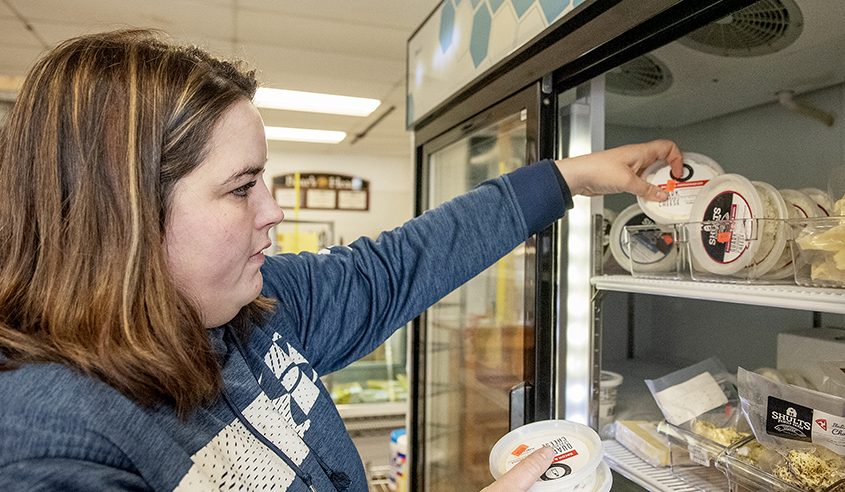 Shults to take over meat market from Peruzzi – The Daily Gazette

CANAJOHARIE – The Shults family farm in the town of Canajoharie has had to make many adjustments over five generations. Originally a dairy farm with 200 dairy cows, the business stopped milking in 2004 and eventually became a pasture meat production and operation in 2013 after planting 3 acres with organic crops like broccoli, squash, zucchini, kale, peppers and pumpkins in 2010. Shults resumed milking in January last.

So perhaps it’s fitting that the farms new venture takes the company into a storefront that has been both a meat market and a furniture store.

On March 1, the Shults Family Farm will officially open Shults Market and Deli, taking at the Peruzzi Meat Market on Church Street in the village of Canajoharie, where John Peruzzi has been in business for 24 years.

“When we started, we mostly made sandwiches,” Peruzzi said. “It started to go down, so by chance we started selling furniture, and then that helped us. By selling the furniture, it kept us in business long enough to hang on and grow the meat business.”

Peruzzi, 66, said he hoped to hang on to do 25 years in business, but he’s more exhausted than he thought, which led him to look for a buyer.

He found MaryBeth Shults, the 28-year-old co-owner of Shults Family Farm. She was looking for a permanent place, suitable for winter, where the farm could sell its meat, vegetables and dairy products. She said that of farms her size–Shults has more than 75 beef cows, 100 pigs, 3,000 broilers, 300 turkeys, 50 dairy cows and 100 laying hens depend on direct retail sales. (Shults also supplies meat to four restaurants and sells regularly at farmers’ markets in warm weather.)

Peruzzi’s storefront in the heart of the village was a perfect fit.

“What we’re trying to do is create a one-stop shop for people to shop and find out where their food is coming from,” Shults said.

In addition to selling its own products, the store will also stock products from other local producers, Shults said. The emphasis is on local and integrated agriculture, where customers buy directly from producers without intermediaries.

Although the official transfer takes place next month, Shults has been spending time with Peruzzi learning the ins and outs of running a store.

“He has a lot of knowledge in marketing and merchandising: how to know where to put things to make them sell,” Shults said.

Peruzzi said he wasn’t shy about offering his two cents.

“I will give them all kinds of advice, believe me. I’m good at it,” he said.

But his biggest tip?

“It’s just persistence. This is probably the most important thing. No matter how much money you have, without perseverance you’re not going to be successful in business,” Peruzzi said.

Part of perseverance is adapting to change. Peruzzi knows this from his own experience. The Shults know it too – and they keep learning. Take it from David Shults, MaryBeth’s father.

Before the downtown store became part of the picture, he used to process 100 to 200 pounds of sausage at a time on the farm, where the meat was then frozen. Sausages sold at the store need to be processed about 10 pounds at a time because customers expect fresh meat, David Shults said.

Peruzzi said he’s been a bit sad to see his business turn around, but he’ll always be there, helping cut the Shults’ meat and helping out in any other way he can.

“I want to see them succeed. It’s something different,” Peruzzi said. “I wanted to do 25, but that’s okay.”

More from The Daily Gazette: