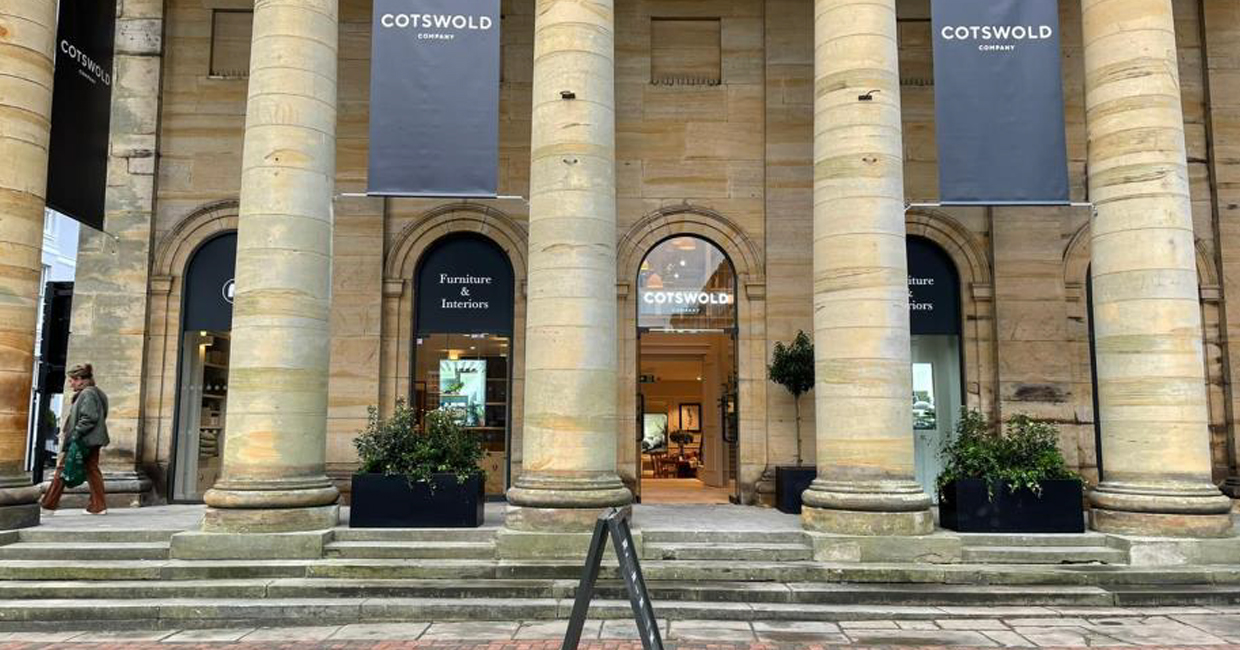 The Cotswold society opened its seventh store (and the second to open in just three months), in Tunbridge Wells.

The site is the largest of the brand in its new format. Having launched the format in-store at the end of 2021 in Leamington Spa, The Cotswold Company says the new location in Tunbridge Wells embodies the brand’s retail philosophy and strategy.

The 13,000 square foot store has 20 rooms spread over two floors. In this space, a multitude of styles and pieces are taken into account. The space features every room configuration one would expect, including two kitchens, four dining rooms, six living rooms, and six bedrooms. There is also a mattress testing area.

Lisa Coppin, Creative Director of The Cotswold Company, said: “We are delighted to have opened our second store in three months, and the new location in Tunbridge Wells is simply a stunning retail destination. The site also demonstrates The Cotswold Company’s commitment to physical retail spaces, which act as the cornerstone of Britain’s high street. As the brand grows stronger and launches more and more new products, it is important that we have these locations in which to create a memorable experience for customers that is warm, inviting and friendly – the qualities and values which are at the heart of the company as a whole.

Stores are also accessible via a one-way video call that allows shoppers to take a virtual tour, inspect products, and ask the sales team questions.

A life of beauty: Iconic collector Gracie Garcia dies at 82