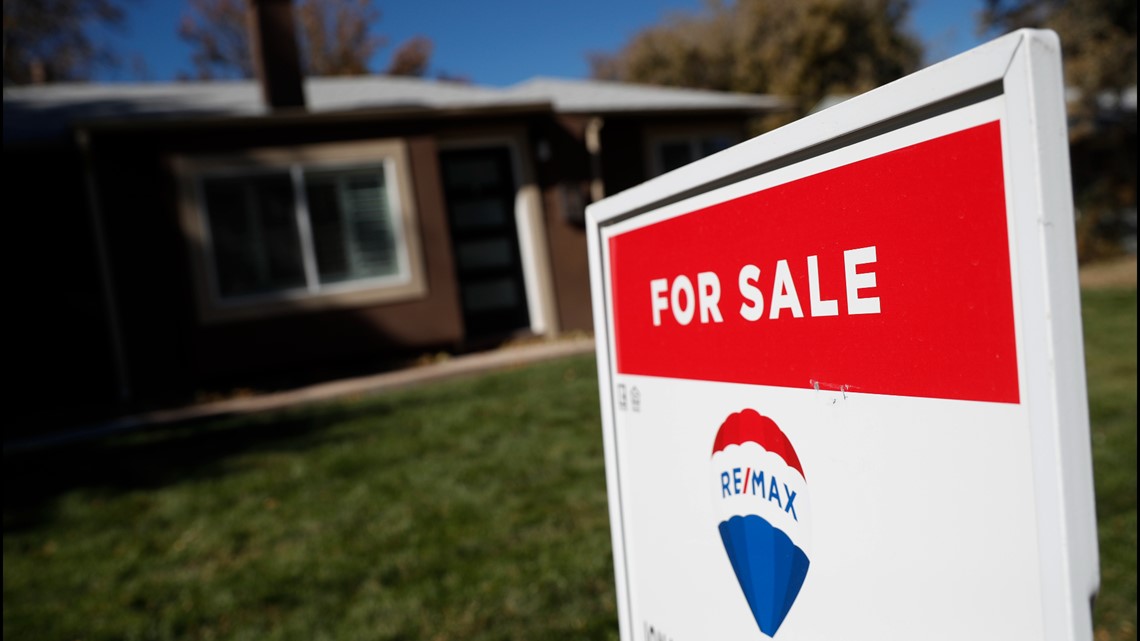 With rising rents, a number of people in the Portland area are facing eviction and homelessness as they struggle to find affordable housing.

PORTLAND, Ore – A real estate sign swayed in the wind on the lawn of a single-family home in Southeast Portland.

Muffled sounds from a television could be heard outside the front door.

It was late Tuesday morning and Lisa Antich was sitting on a black leather sofa with her husband and elderly mother.

“We have nowhere to go,” she said, nervously patting her knee.

“My biggest fear is that we end up sleeping in my car, and how am I going to tell my child?”

Antich and his family have lived in their home for about 10 years. They just learned that their owner sold it to an out-of-state buyer. She described receiving the news as “heartbreaking”.

Her family lives on $1,000 a month between the money she receives for her disability and her mother’s retirement.

“It’s tough. I’m trying to figure out how to do it and everything is a waiting list.

They don’t have time to wait. They were supposed to have moved last month.

“We have no more days, we are on borrowed time.”

Antich said she couldn’t find an apartment within their budget and had no luck getting a housing voucher.

As for living on the streets, she is afraid of what it could be.

Their plan now is to sleep in the car because a motel room is too expensive.

“First of all, this should never happen. Families and their children should always have alternatives and affordable rents, and no family should be forced to live homeless with their child,” said Shannon Callahan, director of the Portland Housing Bureau. “No child should live in a car or on the street.”

In northeast Salem, there is another side to this crisis. Kathleen Quinn is disabled and earns a fixed income of $850 per month.

“I’m trapped. I can’t afford to move and then I don’t have the credit to move.

She has lived in a one-bedroom apartment for about six years and has faced many problems with the living conditions.

“I told them how hard it is for me to breathe here,” she said, pointing to her mold-covered walls.

“My rug, my furniture, my Birkenstocks, everything, everything,” she said, heading to the overflowing septic tank outside her bedroom window.

She wore a bright pink polka dot dress and purple eyeshadow – a look she says makes her feel better when living in these conditions.

“Trying to live in this…It’s horrible,” she said.

Moving boxes fill the interior of his apartment. She is ready to move, but has nowhere to go.

She pointed out the water heater in the bathroom which was flooded and a new window she had just had in her bedroom due to mold.

“It’s inhumane to expect people to live in such high levels of mold and ignore it,” she said.

But just like Antich, she called people for help, but got nowhere.

The director of Portland Housing said families in these positions should contact the Joint Office of Homeless Services or the Portland Housing Bureau as there are transitional housing options to keep children and families off the streets.

“We take these calls/reports, as well as many other maintenance requests, very seriously, as we understand the importance of addressing these items as quickly as possible. Typically, once a tenant or tenant representative informs us of the type of issues you mentioned, a number of different responses are implemented, including, but not limited to, assessment by a team member and/or third-party vendor, to ensure that issues are handled according to the needs of the unit. »