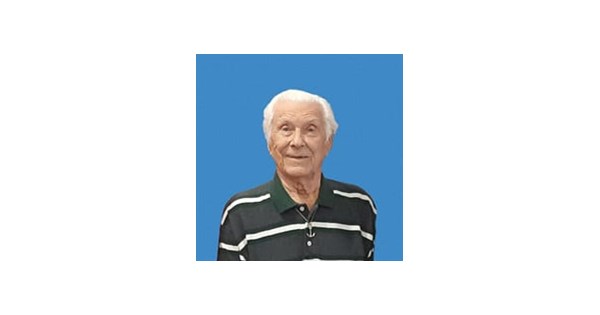 Will has lived a remarkable 100 years and 42 days. He was born in Edwardsville, Illinois; graduated from Edwardsville High School in 1939. He attended Brown Business School. He served in the US Navy from 1942 to 1945, aboard the USS Alabama (over 3 years), with active service in the Pacific and Atlantic. He worked for Standard Oil Co., Wood River, IL, and retired in 1981 after 33 years. He enjoyed motorbiking, biking, woodworking, working on his Lincoln Continental, cracking nuts and chopping firewood. For 25 years he rode “Rails For Trails” by bike in many states. He made wooden furniture for his children and grandchildren. He has traveled throughout the United States, Canada, England, Europe and the Czech Republic. He had volunteered for several restorations of cemeteries in the region.

Arrangements are made by Spengel-Boulanger Funeral Home in Highland, Illinois.

Funeral Mass will be held at 11:00 am on Thursday, October 21, 2021, at the Immaculate Conception Catholic Church in Pierron, IL, with the Rev. Pat G. Jakel, pastor, St. Paul Catholic Church, Highland, IL, officiant.

Interment will be held at Saint Joseph Catholic Cemetery in Highland, IL.

Memorial contributions can be made to the USS Alabama Memorial Park & â€‹â€‹Crewmen’s Association.

Legacy.com reports daily on death announcements in local communities across the country. Visit our funeral home directory for more local information, or see our FAQ page to help you find obituaries and send your condolences.

Furnish your pets with ecological furniture