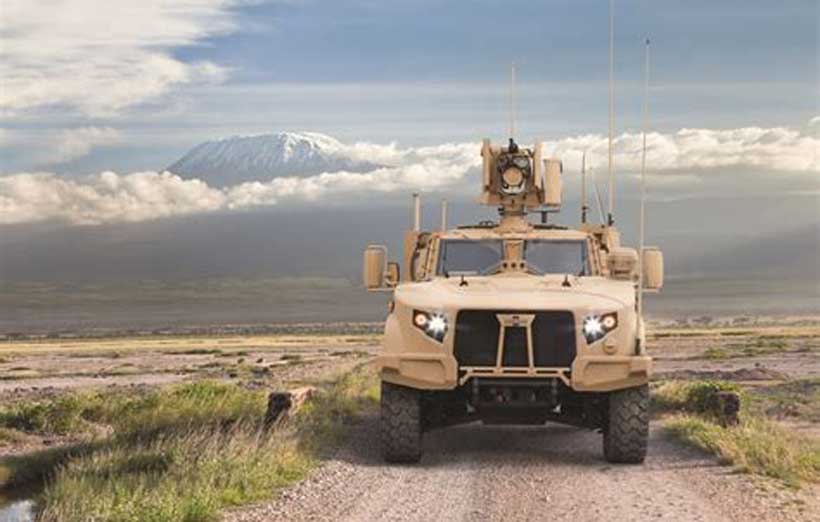 The intensity of cooperation between China and Russia has increased and its sources have diversified, in particular Russian facilities allowing China to reach places close to areas of Russian influence, particularly in (the Eurasian region overlooking the countries of Eastern Europe and the three Baltic States and their ports). This prompted NATO Secretary General “Stoltenberg” to issue an official statement, in which he claimed that:

â€œOur NATO forces are alternately present in the Baltic Sea, Poland and Romania, and we have new methods of intervention. In the event of a crisis, reinforcements of new units can be quickly delivered on the spot, and NATO will be “vigilant” towards the country of Belarus, given that it is a country friendly to Russia. and which challenges three NATO member states. from (Poland, Latvia and Lithuania) â€

Through the Stoltenberg Declaration, in his military capacity, as Secretary of NATO, we understand the sensitivity of the Eastern European region, in particular (the Baltic Sea ports) of the three countries borders, which are: “Estonia, Latvia, Lithuania”, and perhaps this makes it clear to us that (bringing the state closer to the hard line of Lithuania from the Baltic states towards China), which coincided with the publication of “NATO”, in which he emphasized his ability to protect its allies in the Baltic states and Eastern Europe and their ports against all kinds of threats from Minsk, Moscow or China. Therefore, we understand the evolution of China’s relations with this region through the assistance of Russia, as follows:

China, with the help of Russia, tried to engage in a (joint naval maneuvers in the Baltic Sea region), so Russia managed to open the doors to China to strengthen its presence in the north of the European continent, placing new burdens on the US administration and sending strong messages to Washington in order to (stop provoking China and trying to besiege its influence in Asia and the Pacific). China has thus become (to practice a new policy which is more involved in the regional policy of Europe, West Asia and the Baltic region through the Russian door, in response to the American commitment in Southeast Asia by strengthening its naval power).

Moscow and China began to prepare (for the first phase) for joint naval exercises in the Baltic Sea region for the first time since July 2017, which was called “Nautical cooperation-2017”. Then (the second phase) of these exercises began in mid-September 2017, in the region (Sea of â€‹â€‹Japan and Okhotsk). With the successive US and military warnings to NATO, the defense ministries of Russia and China have confirmed that these exercises are a normal tradition aimed at “strengthening the comprehensive strategic partnership in Russian-Chinese relations” and not pose a threat to any party.

These joint training plans between China and Russia have aroused many reactions and fears from many NATO military countries, especially since China is participating for the first time in the Baltic Sea. Polish Defense Minister (Anthony Macherewicz) accused both Russia and China of (their strategic alliance poses a threat to the free world). In the same context, the Minister of Foreign Affairs of Lithuania (Linas Linkavivicius), spoke of the danger of these exercises, which constitute a â€œchallenge for NATO in the Baltic Seaâ€, stressing that â€œthese maneuvers are now taking place at the gates of Europe”.

These joint maneuvers between China and Russia in the Baltic Sea can convey a political message to both â€œthe US administration and NATOâ€ that â€œRussia and China support and protect each otherâ€. However, China’s willingness to display its naval forces in the Baltic Sea, may indicate two things:

The first question: it refers (to China’s long-term geopolitical plans, of which Europe has become the heart). It appears here that the Chinese projects aim to be present in the Atlantic and Baltic Sea region, in response to the American presence at the heart of its Asian influence.

The second case: also indicates that (Beijing intends to carry out these plans with the participation of Russia), Russia also aims to assure it the assistance of China in the Far East, more precisely in the “Sea of â€‹â€‹Japan”, in reason of the Japanese – Russian dispute over the “Kuril Islands”, thus understood under the pretext of the presence of American warships there, as a claim to protect the interests of its Asian allies, which could lead to permanent conflagration from the Asian region.

However, despite the intensity of the joint Sino-Russian military and naval presence in the ports and countries of the Baltic Sea, the rapprochement between the Baltic countries and China is expected to intensify, especially after (signing of more than twenty bilateral investment treaties between the Member States of the European Union with China), this Euro-Chinese agreement will inevitably reduce the volume of security fears and doubts and increase political pressure on the Baltic countries for fear of to deal with the Beijing government.

The Baltic countries participated in diplomatic representation (at a level below heads of state only at ministerial level), at the (17 + 1 summit), chaired by Chinese President “Xi Jinping”, on cooperation between China and the Central and Eastern countries. European countries. The initiative (17 + 1) was created in 2012 in the Hungarian capital of “Budapest”, with the aim (to expand economic cooperation between Beijing and the Member States of Central and Eastern Europe).

The general framework of the initiative (17 + 1) between China and Central and Eastern Europe, including the Baltic States, focuses on infrastructure projects, such as: (modernization of bridges, highways, railways and ports) in the Member States. The â€œ17 + 1 initiativeâ€ comprises around (twelve Member States of the European Union, including the â€œBalkans, Baltic States, Eastern European countriesâ€).

China cooperates with a large number of countries in the Balkans, the Baltic and Central and Eastern Europe, under the â€œ17 + 1 Initiativeâ€. China sees the “17 + 1 initiative” – â€‹â€‹to a large extent – as an extension of China’s “Belt and Road” initiative. The initiative countries cooperating with China can be divided, as following:

Among the most important (Balkan countries) with which China is cooperating under the â€œ17 + 1 initiativeâ€, there are:

Among the most important (Eastern European countries) in the â€œ17 + 1 initiativeâ€, which cooperates with China, are: (Czech Republic, Hungary, Poland, Slovakia, Slovenia)

While the (Baltic States) of the â€œ17 + 1 initiativeâ€, cooperating with China, are: (Estonia, Latvia, Lithuania)

As for the (position of the governments of the Baltic States vis-Ã -vis China), we find that (Lithuania is the hardest position against the Chinese side) and the hardest position of Lithuania against China, regarding the (Lithuanian request from the World Health Organization â€œWHOâ€ to invite Taiwan to attend a meeting to discuss the response to the global epidemic, but Beijing prevented Taiwan from participating).

On the other hand, (Latvia and Estonia) are looking for ways to deal with China (either bilaterally or side by side with the European Union), and at the same time they are trying to ensure their national security , especially with what was announced by the “intelligence service”. the State of Latvia in May 2020, in its annual report on national security, highlighting:

“China represents a cyberthreat, and we must stay as far as possible from the effects of the Sino-American-European conflicts without burning the bridges of relations between Latvia and one of them”

Newspapers in the Baltic countries have sometimes been interested in covering visits to China or vice versa, or in publishing positive articles about China, which can be summed up in (an important phrase that has dangerous and far-reaching connotations), to Know: “China has communists, but this is not communism”

The trends of popular public opinion of the Baltic countries towards China are evident in (the possibility of economic cooperation with Beijing, with the need not to be geopolitical between the Baltic countries and China), while at the same time emphasizing time the need to continue the external political and diplomatic dependence of the Baltic Sea more (European Union countries). And Russia, within the framework of the security system, borders and geopolitics of the Baltic states, as well as the Baltic cooperation with the United States of America as (head of NATO and its members ), in particular in the political, diplomatic, security and defense aspects.

The Egyptian researcher reached through this point linked to (the Chinese presence in the countries and ports of the Baltic Sea with the help of its ally Russia and the protests from Washington and NATO security), to the adoption of the Russian policy for the Chinese agenda in Eastern Europe and the three Baltic countries: “Estonia, Latvia, Lithuania”, and even encouraging it. It is the result of increased interference by the United States in Russian and Chinese affairs. And we see that the goal of Russia and China, through the maneuvers of “Nautical cooperation in the Baltic Sea region 2017”, for the first time, as if they wanted (to demonstrate that they are ready to defend their national interests against NATO and the United States), whether in Western Europe or the Asian Far East (Sea of â€‹â€‹Japan, Okhotsk and the Kuril Islands).

My personal analysis is that the new Chinese presence in the “Baltic States and Eurasian ports” area, with the help of Russia, is also aimed (China has deliberately increased the burdens and pressures on the influence America in the Eurasian region, Eastern Europe, the Baltic States, the Crimea and the Eurasian belt). For the purpose (to occupy the United States of America and keep it away from the “Indian and Pacific Oceans, South and East China Seas, South East Asia”), which are all major areas which fall at the heart of the Chinese sphere of influence in the first place.

Powell’s books survived Amazon. Can he reinvent himself after the pandemic?

The portrait of Madame du Barry by Élisabeth Vigée Le Brun, at the National Gallery of Art, is haunted by intrigue and death