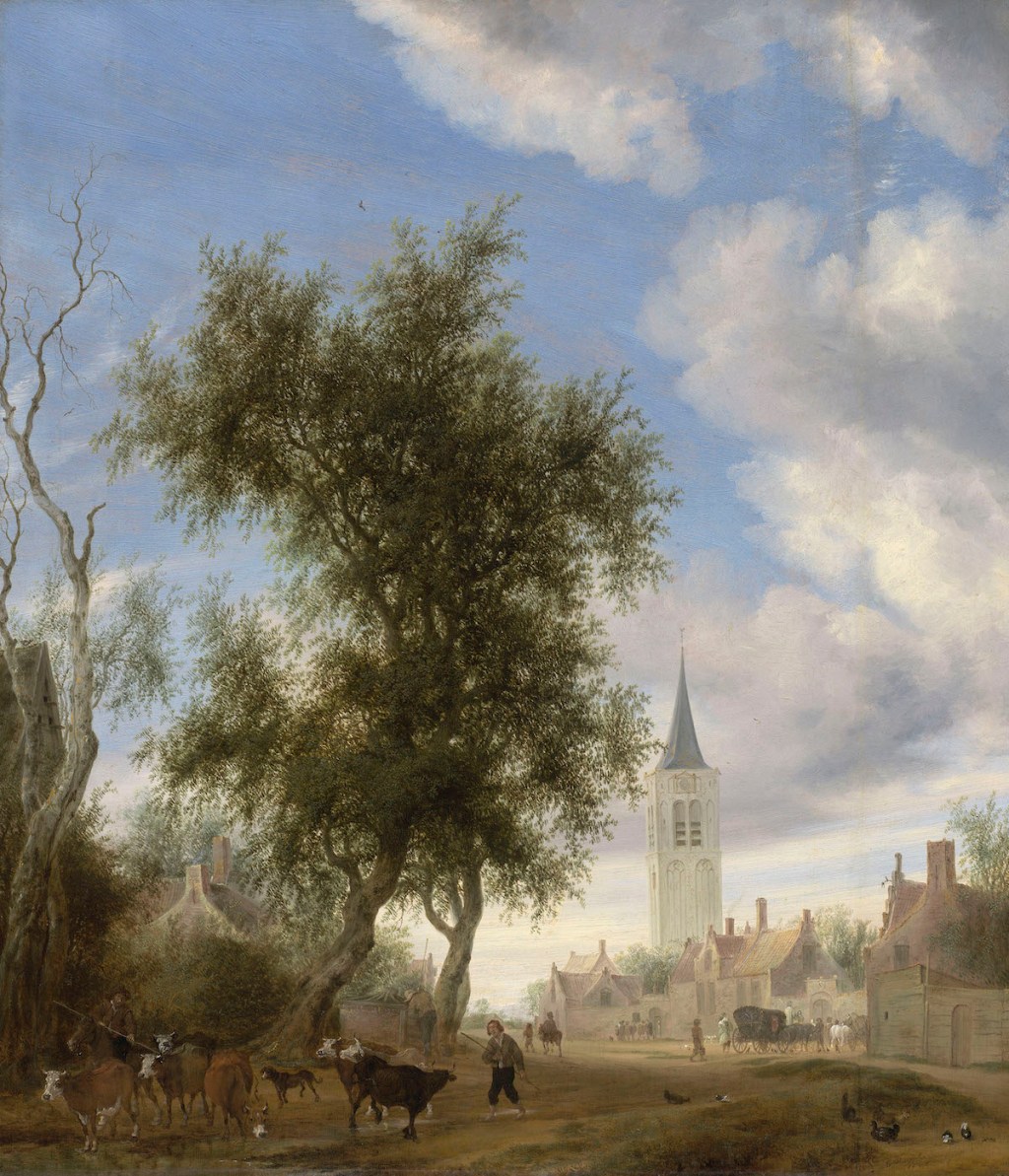 The Boston Museum of Fine Arts has returned a painting by Salomon van Ruysdael to the heirs of Ferenc Chorin, a Jewish collector who deposited the 17th-century landscape in a Hungarian bank vault, before seeing the vault emptied in 1945 The painting, titled View of Beverwijk (1646), is currently on display at Christie’s in New York, where it will be auctioned later this year.

Chorin became wealthy as an industrialist and banker in Hungary and used his fortune to acquire works by François Millet, Mihály Munkácsy and Alfred Sisley, as well as Renaissance furniture, Ushak carpets, etc. The museum said it believes Chorin purchased the painting from a collector named Frigyes Glück in 1931. It is this piece of the painting’s provenance, provided to the museum by art historian Sándor Juhász in 2019 and later published on the MFA website, which finally led the Chorin heirs to work in 2021, after years of research.

Agnes Peresztegi, a lawyer representing the Chorin heirs, applauded the MFA for its “speedy and fair” restitution in a statement.

Because Chorin had supported opposition movements and even provided funds for Jews fleeing Hungary during the war, he faced the threat of the Nazis. Like many Jewish collectors of this time in Europe, he began to look for ways to put his riches in safekeeping. He placed the painting in the Hungarian Commercial Bank in Pest in 1943 and went into hiding the following year. After being discovered by the Nazis, he was deported, although he was not killed because he provided the Nazis with his knowledge of business in Hungary in exchange for the life of his extended family. He then fled to Portugal and eventually settled in New York after the war.

The MFA said it acquired the work in 1982 from a London dealer. At that time, the museum received “no information about its history other than that it came from a Swiss collection”. The museum also said that the work appeared in a 1988 publication on objects lost in Hungary during the war, but that the painting had been associated with the wrong image and described inaccurately.

Restitutions of works such as Ruysdael’s painting are rare but not unknown in major American museums. Last year, for example, the Philadelphia Museum of Art returned a 16th-century shield confiscated by the Nazis to the Czech Republic.

“We are pleased to have worked so quickly and amicably with Ferenc Chorin’s heirs to repair this historic loss,” MFA Director Matthew Teitelbaum said in a statement. “The Return of Ruysdael View of Beverwijk emphasizes the importance of transparency and online access to our collection.