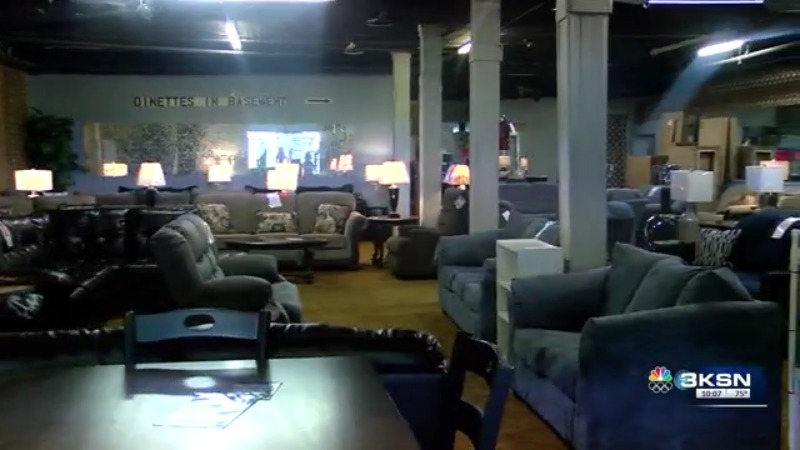 WICHITA, Kansas (KSNW) – What started as a seemingly innocuous purchase has turned into a headache for Mark Yonash and his wife, a couple who moved to Wichita last fall.

Working on renovating their new home, they bought furniture in November from a big box store. Yonash says the company told them to wait for their purchase by January.

It arrived damaged in April.

“One side of the electric loveseat was not functioning properly – the headrest was tilted,” said Yonash.

For Yonash, that means waiting a year from its original purchase date before a replacement arrives.

And it’s not just big box stores that are feeling the heat.

Maybrier says a labor shortage in the factories he does business with is disrupting supply and demand in the furniture industry.

“Instead of asking you to buy it and pick it up and load it, now you pay on it and order it, and wait for me to call you when it arrives,” Maybrier said.

Maybrier says that as a result of the change, he even had to stop guaranteeing delivery dates to his customers.

“Before, we received stuff in a week. now it could take three months, four months — 90 percent of the product here is sold out, and we’re waiting for more, ”Maybrier said.

“From freight to custom materials, everything is on the rise. The wood, the lumber, I mean, the fabric, the steel, the, everything, keeping the fuel costs down, ”Maybrier said.

Yet the nationwide shortage has prompted people like Yonash to rethink future furniture purchases.

“I paid them $ 4000 for this set. I told my wife, we never order anything again. If they can’t deliver it the next day, or if we don’t see it… then I’m not buying from them, ”Yonash said.

Furniture that lasts: learning from iconic shelves designed by Nisse and Kajsa Strinning