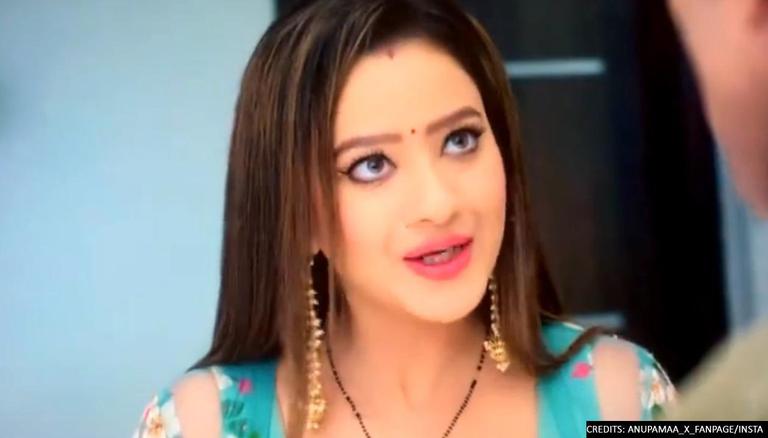 Kavya is jealous of her family enjoying a coffee

Anupamaa Written update July 16, 2021: The episode begins with Anu and Kavya’s dance confrontation where they are both seen dancing with energy and rhythm. At the end of their performance, Kavya asks Pakhi who was the best to whom she tells that Kavya won the face-off while Anu lost. She then asks Kavya to teach her to dance. Baa then steps in and says that Anu is the best mother and that only a mother can accept failure even after winning.

As everyone leaves, Kavya begins to brainwash Pakhi and tells him that Anu has deliberately given all the responsibilities to her because she knows she will be busy at the academy. She then tries to bond with Pakhi and calls him “best”. Meanwhile, Kinjal tells Anu that Kavya is trying to manipulate Pakhi and succeeds. Anu then tells her that at her age, it’s hard to tell right from wrong and assures her that she won’t let her take her daughter away from him.

Anu tries to catch up with Pakhi

Meanwhile, Vanraj compliments Kavya and tells him that he didn’t know that she dances so well and says that it feels good that she is trying to bond with Pakhi. He also tells her not to influence Pakhi and Anu’s relationship. As Vanraj leaves the room, Kavya thinks she will make sure Pakhi starts to hate Anu. Meanwhile, Anu gets Pakhi’s favorite music videos for her and apologizes to her for not taking the time to practice dancing.

Vanraj tells Anu about the incident in which Pakhi insulted her and realizes that she takes it from him. Seeing Kavya, Anu apologizes to her for coming to her part of the house where Kavya taunts her. Vanraj then tells him not to become like Rakhi and to taunt everyone. Later, the family set up the furniture in the cafe where Anu’s mother greets Vanraj as he pulls up a chair for her to sit. The family then set it up while dancing with the song â€œDil Dhadakne doâ€ in the background while Kavya stands alone in a corner and craves them having a good time together.