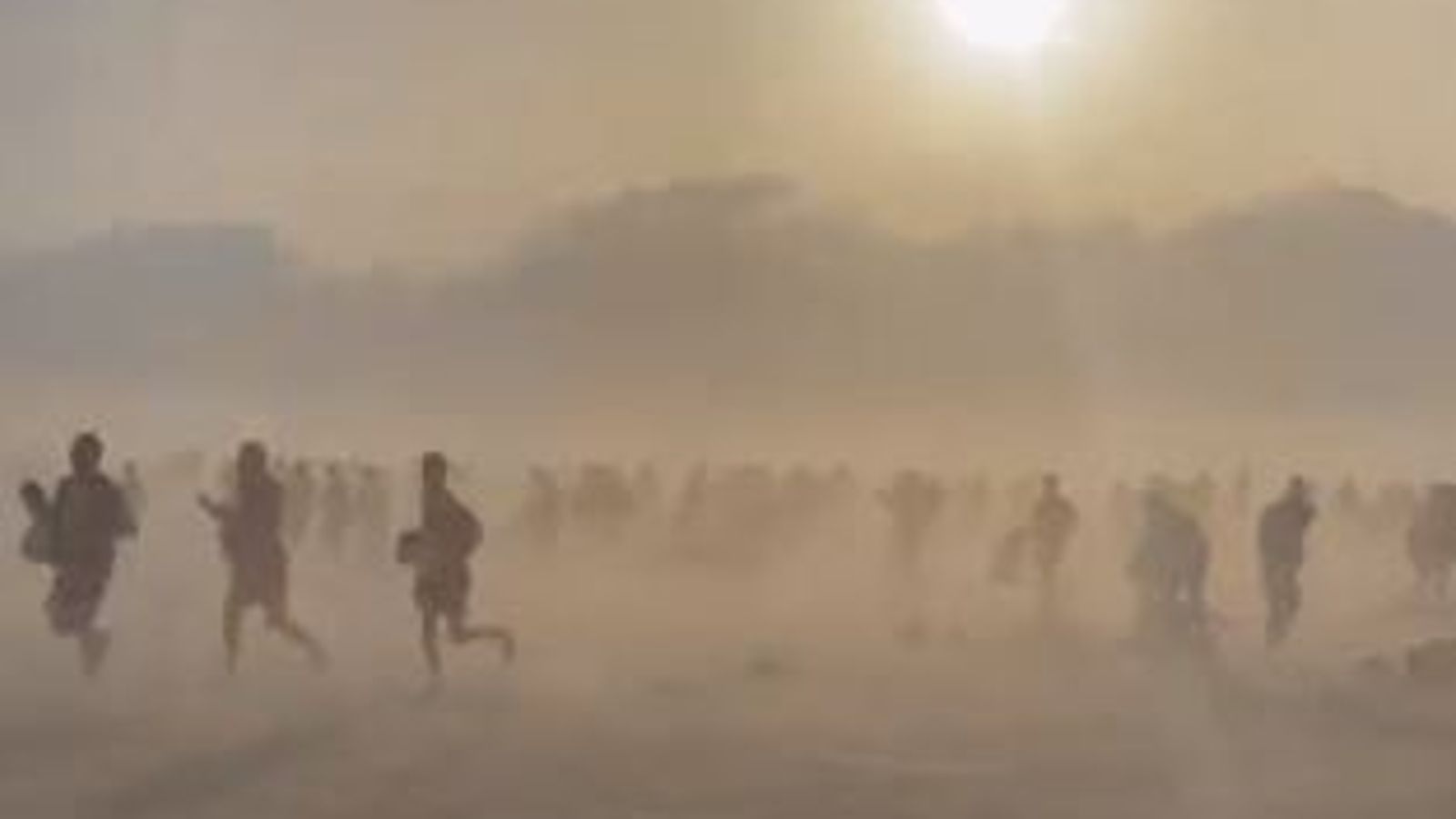 France: A kitesurfer killed and several people injured after a “mini-tornado” hits the beach | world news

A kitesurfer has died after being thrown against the window of a seaside restaurant during a “mini-tornado” on a beach, according to French media.

A strong gust of wind is believed to have caused the 31-year-old victim to crash into the building in Villers-sur-Mer, around 10km (six miles) west of Deauville on the Normandy coast.

Five other people were reportedly injured by “projectiles” and taken to hospital as objects were thrown into the air on Saturday evening.

The town hall indicated that about fifteen people had to be temporarily relocated.

A video on social media in Villers-sur-Mer showed walkers and swimmers taking refuge in buildings on the seafront during what was described by the local mayor as a “mini-tornado”.

The strong winds would have lasted 20 to 25 minutes on the Côte Fleurie between Ouistreham and Deauville.

In Deauville, strong winds caused clouds of sand as bathers ran for cover.

The extreme weather phenomenon was not predicted by meteorologists who did not expect such strong winds, Francebleu reported.

It was “a violence like we have never experienced on our coast”, declared the mayor of Villers-sur-Mer, Thierry Granturco.

Street furniture and restaurant objects flew away “with incredible violence”, he explained.

He said the surfer who died was a Parisian who had a second home on the Normandy coast, Franceinfo reported.

Mayor Granturco said the victim was “thrown with water on the wall of a restaurant, where she died.”