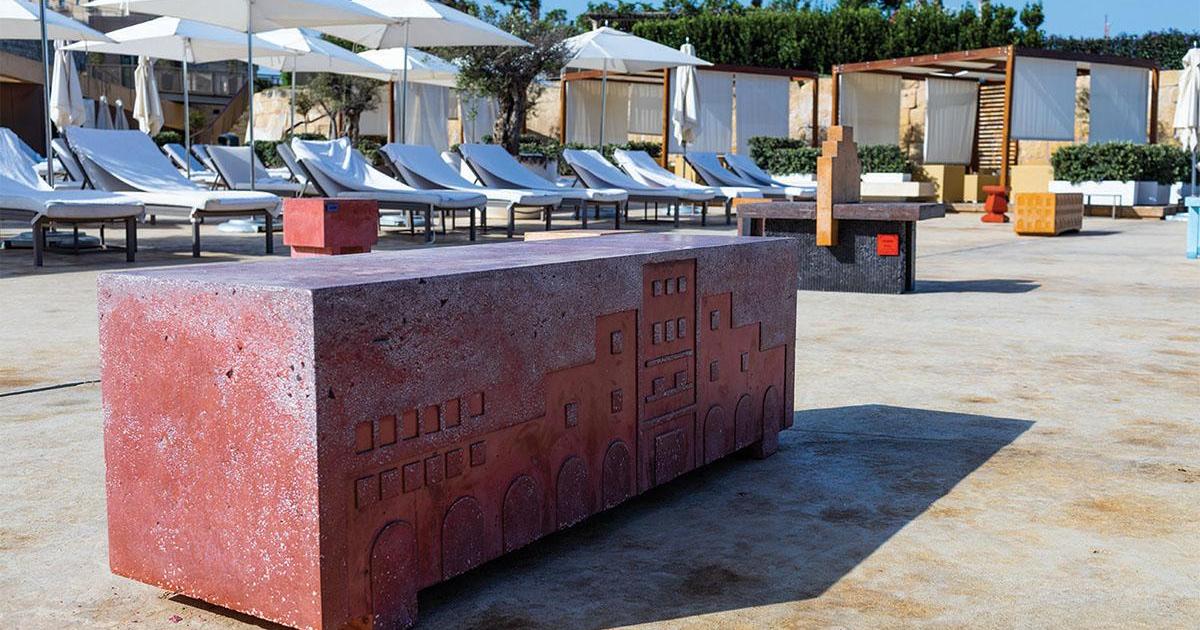 Durable furniture with a critical slant

The SORĠI project by Anna horváth currently on display at the Jardins de la Phénicie addresses the issue of construction waste and the loss of the local architectural heritage. Lara Zammit talks to the artist about her works and their ramifications.

“When I decided to join a small team of architects, we had to deal with small-scale projects where there was a lot of concern with the issue of demolition and the issue of welfare,” said declared artist and architect Anna Horváth.

“As I worked in this area, I realized that this was not my field, or rather I wanted to be part of those spaces where you have the ability to put your morality into what you design, as opposed to anything that concerns the price of real estate. This is where the whole idea of ​​SORĠI came from.

SORĠI, a collection of outdoor furniture by Horváth, is made from construction waste to highlight the importance of Malta’s architectural heritage, resulting in six benches inspired by the shape, colors and materials of six local buildings that have been or are currently threatened by construction.

“The project is not only about construction waste, but also about highlighting the importance of architectural heritage at this time in Malta. I think it’s more of a research project, the first result of which is this furniture, but it’s more about looking for ways to create a circular system, ”she explained.

“I don’t need to say what’s going on in careers right now. We are running out of natural resources, there is a lot of garbage with no space for the storage of construction waste, and I realized that there are only a few construction and quarry companies that recycle, but these are only a few. -a few on the island.

Horváth then compared the current environmental necessity of using available materials rather than constantly making new ones with the way the Bauhaus school used materials to make buildings after WWII.

Emma bench is based on a stretch of traditional shops on Marsa’s seafront.

“You have to use what you have and react in design and in art for the environment and for political action. I think we need to find ways to reuse instead of producing new materials and new concretes and buying materials from overseas.

“It’s the same with furniture. There isn’t a big local furniture company here; most of the furniture is imported from Italy and I think we have a chance to create local furniture based on sustainable materials.

Aiming to design a system that uses construction waste to manufacture new products in a spirit of sustainability and circular economy, the research component of the project mainly aimed to create an efficient process from procurement to creation.

“I spoke to the quarries that collect the waste – the landfill quarries that are filling up right now. Then I spoke to construction companies who started calling me before they demolished a building, informing me of any material I could provide them, ”Horváth noted.

“There are suppliers who have marble stone, or even architectural firms who order large slabs for cladding or kitchen plans and they would have leftover parts. And I contacted glass companies in Qormi that do stained glass for churches, for example. Terrazzo is made from glass shavings and marble, so this is how I created the terrazzo itself. Right now, there are also random individuals calling me with their trash. 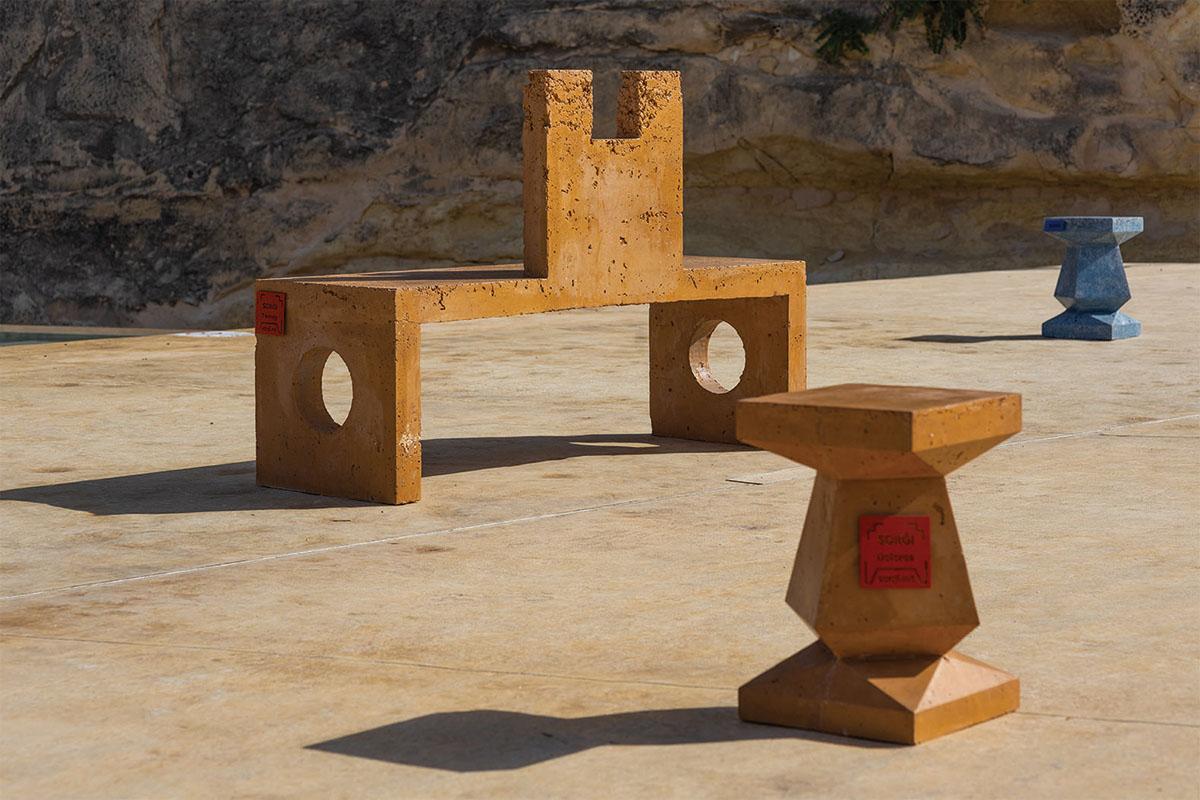 The Dolores stool in the foreground, with a blue terrazzo version on the far right. The Twinny bench, inspired by two 19th-century Spinola towers, is in the background.

“We get cleaned aggregates because we still don’t have the machines to clean and crush them ourselves. We crushed the offcuts that we received with a hammer for the first pieces. With my team, we take different samples of materials, we test different ones on a small scale to see the color and texture, then we turn them into stools and finally into larger benches.

Horváth said that throughout the process of casting the parts, they realized that they were also producing waste.

“There was a piece of terrazzo at the end that we didn’t use for anything. So, I asked my sculptor to make molds with which we make small pots and ashtrays from the leftover material, ”she said.

The six benches that make up SORĠI are intended for public spaces, but Horváth said the goal is to start manufacturing this type of products for industries and homes through private orders.

“The narrative has to do with the buildings because we’ve all seen all the developments all over the island and all the buildings get lost – they keep the facade and there is no relation to the original building, and what is left is not protected. “ 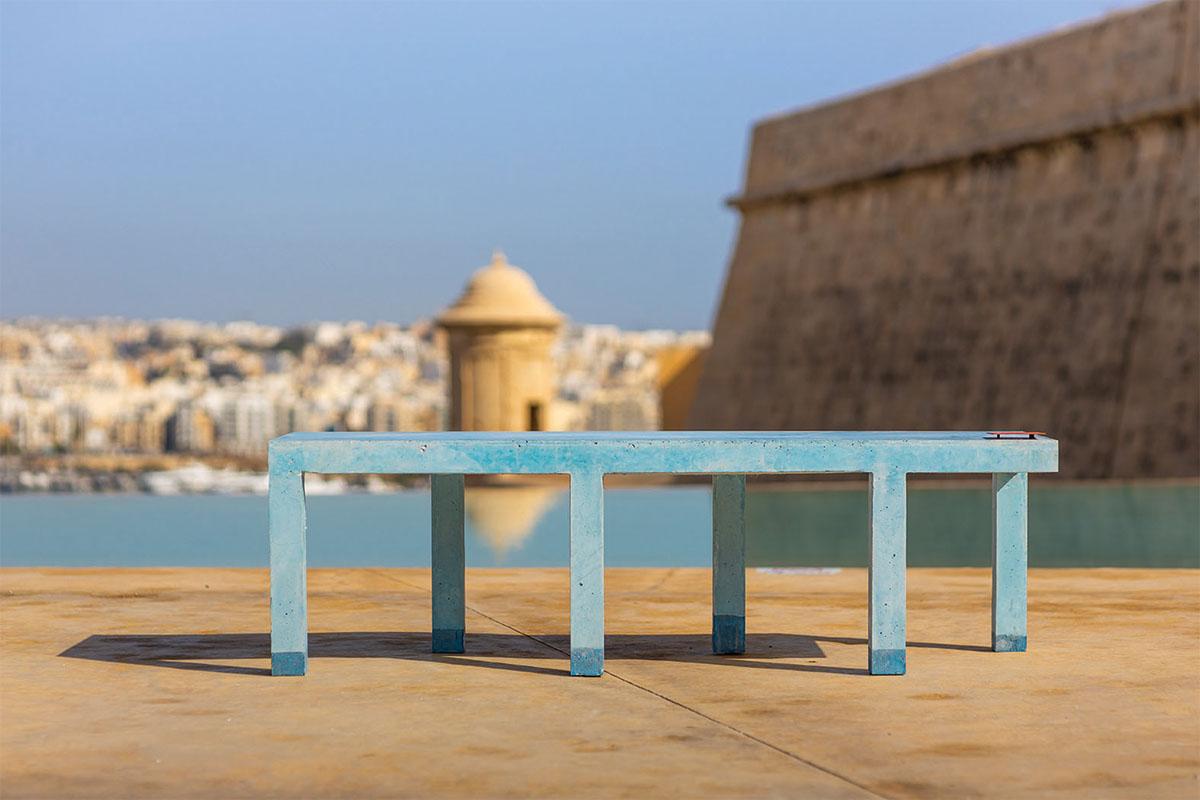 The Rita bench, based on the Ta ‘Rita Lapsi View building in Għar Lapsi.

Each of the six benches reflects and connects to six iconic local buildings.

The first bench, Rita, will be placed in front of Ta ‘Rita Lapsi View in Għar Lapsi, which was originally a small cafe intended for the British military in the 1930s. “If the building changes in the meantime or if it gets lost , at least people can sit on that bench and read the label on the side, which will lead them to a possible website where photos and plans will be uploaded. “

The Roxy Bench was inspired by the Roxy Cinema in Birkirkara, built in 1931 – a rare example of Art Deco in Malta. “I was inspired by the upper elements above the entrance and how with pollution the lower half is darker than the upper half. The bench is made up of four interlocking elements and will be placed in front of the gardens of the old station.

The Emma bench represents a stretch of traditional shops on the seafront of Marsa.

“The continuation of the seafront, which is a very beautiful homogeneous landscape, is still visible in some parts, but some more recent developments have broken this beautiful continuation. The problem is, we don’t have a common way of looking or creating streetscapes or cityscapes, ”Horváth noted.

“While it may not be a really significant architectural building, it was a community space for the people of Marsascala and the south in general.

“So that’s something else that I question about these new developments, because when you develop apartments and places like this the GDP goes up, but what does that mean for the locals and the people? who used this space and no longer have it? “

The Twinny component bench was inspired by the two 19th century Spinola towers that were recently mired in controversy due to development. 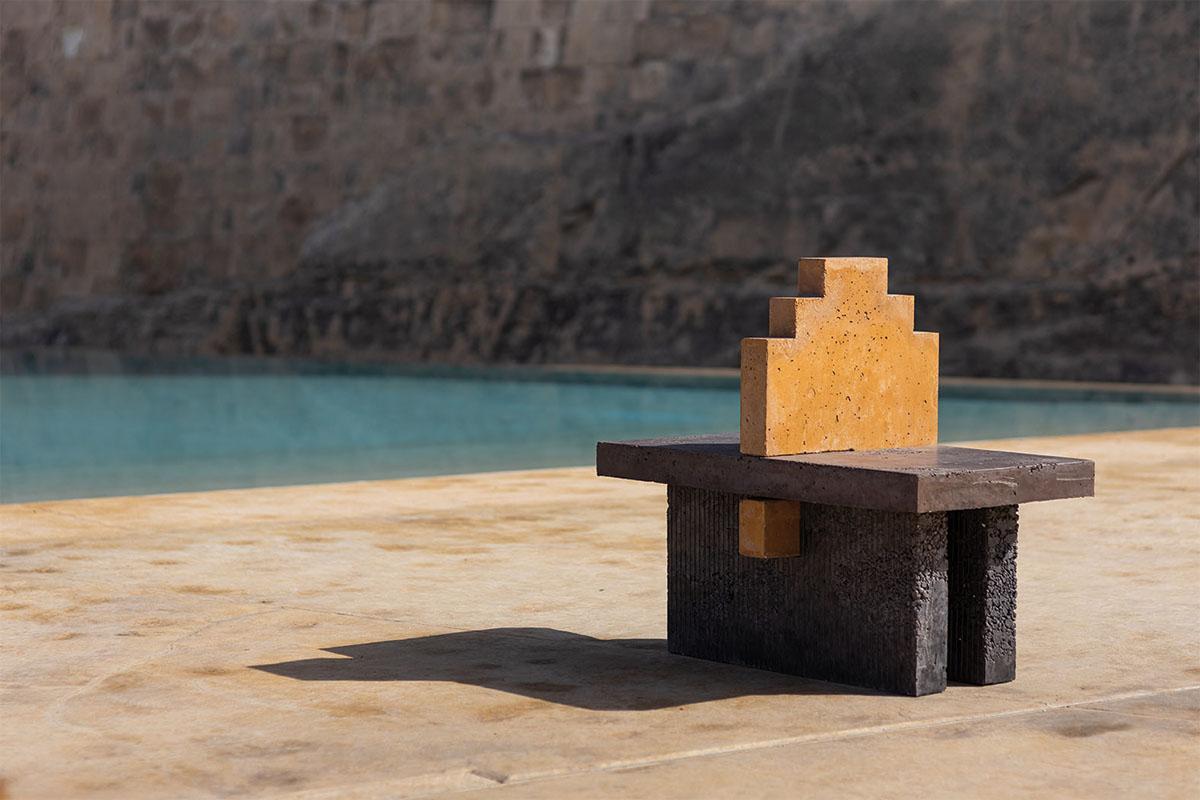 The Roxy bench, inspired by the Roxy cinema in Birkirkara.

“There is unfortunately nothing good to say about this development, but we have to stress the fact that we should not be doing it.”

Finally, Dolores is a stool inspired by a recently enlarged Żejtun building with very insensitive glass and aluminum structures.

“The new structures have no relation of materiality or proportion. I was inspired by the corner pattern and the balustrades of this building, which I abstracted and abstracted until I got the stool that we made at the end ”.

Horváth argued that the project is a critical statement, but it is also a warning about what is happening across the island, both in terms of the destruction of local heritage and the lack of circularity of materials.

“I think there is no system and that’s why I’m trying to create one. Imagine you have a system or network on-site where you can reuse demolished hardware. What if we made engineered stone on site and used it to rebuild, so you get rid of the spill and the new material? The problem is, it costs more to do so, which is why you need government intervention. Public art is a way to educate people and raise awareness. It is a project that offers solutions.

SORĠI is on display at Phenicia Gardens until August 29.

Independent journalism costs money. Support Times of Malta for the price of a coffee.

Blog: How to Select the Right Last Mile Delivery Service for Bulky Retailers

US gamers can buy Asus ROG furniture from Ikea next month

Furniture that lasts: learning from iconic shelves designed by Nisse and Kajsa…