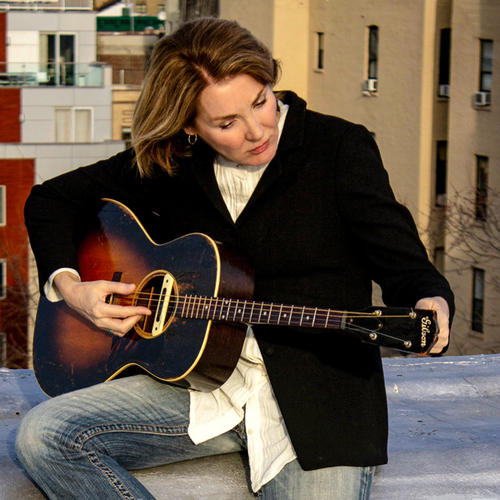 Jones began writing the stories she found so devastating, one voice at a time. “My own need to ‘re-humanize’ people who were being dehumanized by governments resulted in a flood of songs,” Jones says. One of the strengths of the album is Jones’ ability to inhabit the characters she writes about, from the woman walking miles to the US border carrying her child, to young children separated from their parents fleeing their homeland, giving immediacy to their stories. while illuminating the more generic themes within.

Diana is rooted in the Appalachian traditions of her birth family and has proven exceptionally adept at distilling complex cultural forces down to a particular person at a particular time and place. When Jones was reunited with her biological family in her twenties, she spent time with her grandfather from Tennessee. “I decided to throw away my previous songs,” she says, “and go into the woods and ask my grandfather and my ancestors for help.” This decision produced such powerful songs as “Pretty Girl” and “Pony,” which grew out of a story told by her grandfather about children being taken from their families to go to Indian schools.

With Song To A Refugee, Jones continues to give voice to the dispossessed and raise awareness of social justice issues, taking his place in the lineage of Woody Guthrie and Pete Seeger. “I think we all want to get involved and give each other hope,” Jones says, “how can any of us look away?”. Don’t miss this opportunity to see Diana Jones and support the refugees arriving and settling in our area.

The refugees arrive with just the clothes on their backs. They need housing and everything from a toothbrush, pots and pans to a bed. The funds raised by this concert will be used to purchase these items.

Over the past 6 months, 72 volunteers have set up 41 apartments in Bridgeport and New Haven for 194 refugees. The value of donated and purchased furniture and supplies, estimated at $48,000, is invaluable to the refugees.

David Vita, social justice director at Westport Unitarian Church, said, “On World Refugee Day (June 20), the recent wave of Afghan refugees, refugees arriving from countries like Ethiopia, Syria and the Democratic Republic of the Congo, and the impending arrival of Ukrainian refugees and Diana Jones’ commitment to this cause made her the logical choice for the Voices Café performance in June.

Diana Jones’ iconic storytelling is at its best with her award-winning Song To A Refugee, reflecting deep empathy and common cause with the plight of refugees. Jones is known for giving voice to the dispossessed, and her voice will stay with you, “…sometimes haunting, sometimes heartbreaking, and always empowering,” says Down at the Crossroads.