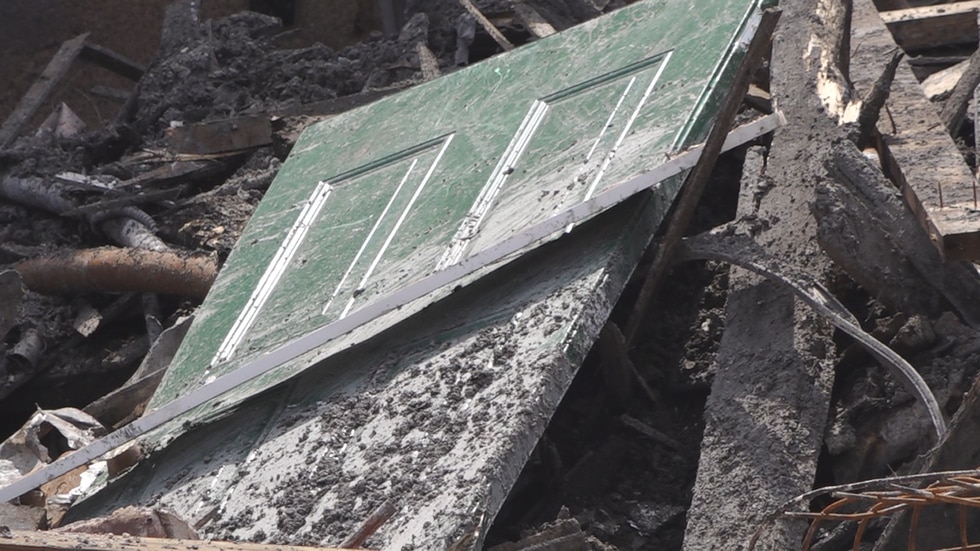 ROANOKE, Va. (WDBJ) – Three days after a fire in Vinton destroyed businesses and apartments, neighbors are starting to pick up the pieces. Former residents of the apartment are heartbroken to see their house covered in rubles and ashes.

“I could have died there, but I didn’t,” said Colton Keister.

Keister and his housemates Gavin Cheresnowsky, Blaine Whittaker and Kayla Sowers have lived in the Pollard Street apartment for years. But the place they called home caught fire during the night.

“We caught our dogs, that was really all we could catch,” Keister said. “Our cat died in the fire. But we really lost everything there.

While crews clean up the rubble, residents stay at Gavin’s mother’s house.

Cheresnowsky was not home when the fire broke out, but he arrived as soon as he heard it.

“My mom came running in and told me the fire was going on,” Cheresnowsky said. “I thought they were joking with me, but I was like I didn’t know why anyone would joke about it.”

April Cheresnowsky says she feels the loss of her son and his friends.

“I didn’t realize that when a house burns down, there are pieces of the house that end up in your stuff,” April Cheresnowsky said. “So I shake the clothes out in the aisle. It sounds silly but, all I’m sitting here in my house, all I’m touching is what they lost. That I wash my hands with a bar of soap, down to the button of my clothes.

But she’s grateful to only mourn the loss of things that can be replaced.

“You know, all you have, none of this is worth staying behind and losing your life,” April Cheresnowsky said. “Everything can be salvaged.”

The residents had no rental insurance on their apartment and set up a GoFundMe for items they lost. Clothing, toiletries and laundry detergent are the biggest donation needs.

The Vinton Chamber of Commerce is leading donation efforts for business owners and residents who have been impacted by the fire. The executive director explained that they had been overwhelmed with donations and support from the community.

“We got so many donations, basically as soon as the news broke,” Angie Chewning said.

Officials estimate the total damage to be at least one point five million dollars.

Any donation of clothing or non-perishable food can be made to the Vinton Chamber of Commerce at the Vinton War Memorial. The organizers also accept toiletries and furniture.

Chewning explained that the amount of support is representative of the Vinton community.

“As soon as it happened, people were like, how can I help? What can I do? Where can I bring stuff? Chew said. “It’s really typical and that’s exactly what we do. That’s what Vinton does.

Monetary donations and gift cards are also accepted. The Pollard Street road is still closed to one lane while crews clear the rubble.