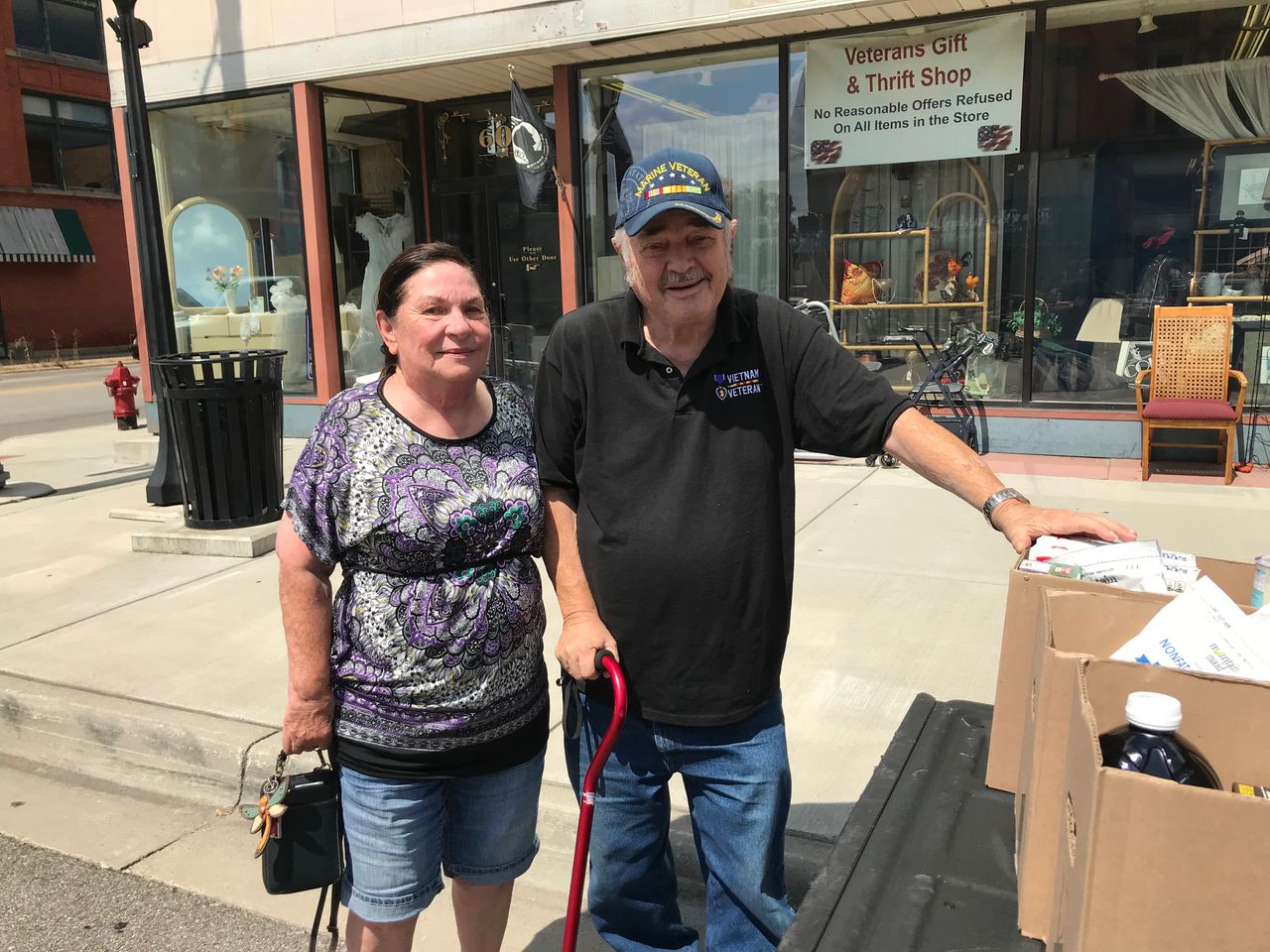 BAY CITY, MI – A Bay City Vietnam veteran who has devoted countless hours of his time to helping other veterans in need is now asking the city for something he needs: his disabled parking spot.

“We don’t ask anyone for money, all we ask is access to our store,” said Bruce Douglas, a Navy veteran who operates the veteran gifts and thrift store. on Midland Street.

Douglas’ thrift store is just around the corner of Midland Street and Henry Street, and access to the disabled space in front of the store is currently restricted by temporary barriers that have been put in place to block Midland Street for areas extended exterior catering facilities from North Linn Street to North Henry Street.

Douglas is a 79-year-old battle-injured veteran who has health issues that make walking too long a challenge.

The Bay City Times previously reported that Douglas made several tours of Vietnam from 1960 to 1966 and was subsequently medically evacuated. In addition to having his own physical difficulties accessing his storefront, he also has safety concerns for his customers and delivery people now that they cannot park in front of his storefront. He said customers who buy large furniture are now required to park on Henry Street as cars pass, sometimes detonating red lights.

“You saw the way these cars are rushing here, they want me to load and unload in the middle of Henry Street,” he told the Bay City Times as loud semi-trucks could be heard in the store. as they crossed. the nearby intersection in the afternoon of Tuesday August 17

“I won’t be hearing any more by the time I leave this store,” he said. “Sometimes the big trucks shake the whole store, especially when they have heavy loads on them. “

He also explained that an 84-year-old man who delivers groceries to disperse veterans was nearly hit by a car earlier this week.

“When they delivered the groceries yesterday he pulled over here, he went out and a car turned on the light and almost knocked him over,” said Douglas.

The Veterans Gift and Thrift Shop helps support the area’s veterans, especially helping to finance and furnish a house he and his wife Mary Ann are renovating at 303 18th St. which is home to homeless veterans. He said that all of the profits the store receives go directly to the veterans he helps.

“Everything here has been donated, we are not buying anything,” he said. “Everything has been given. 100% of what we take goes to veterans.

But without access to his parking space and easy access to the store for himself and his customers, Douglas worries about the storefront’s future and its mission.

“People won’t shop here if they can’t get in here,” he said.

The city offered Douglas a solution to the loss of his parking space by giving him a specially designed parking space for people with disabilities behind his store.

“City staff worked closely with Mr. Douglas and were able to assign him a parking spot one block from his store. The walking route is fully ADA compliant and is barrier-free, ”said Bay City manager Dana Muscott. “In addition, there is a disabled parking space located near his store that can be used. It is on a street that is not affected by street closures.

However, Douglas said he found it difficult to get to his store from his new location and other nearby disabled spaces due to their distance and restrictions on not being able to walk too far without having need to take a break.

“I parked on the street, Judy had to bring me a walker so I could walk back to the store,” he said. “And I had to stop in the middle of the street to catch my breath for a few seconds so I could finish crossing back.”

When Douglas decides to bypass the barriers and park his truck in the disabled space anyway, he says the police ask him to move it.

“I called in three different agents and told me if I don’t move him they will, they will,” he said.

“While we sympathize with Mr. Douglas and understand that he would like to park in front of his store, we also need to be aware of the safety concerns of driving a vehicle on a sidewalk to bypass established road barriers,” he said. said Muscott. “Driving on a sidewalk is illegal, not to mention the safety concerns for Mr. Douglas and anyone else who might be in the area. “

Bay City Department of Public Safety Director Mike Cecchini provided the Bay City Times with a list of state codes regarding traffic barriers / traffic control devices like those that have been placed to stop traffic between North Linn Street and North Henry Street. Cecchini said motorists are prohibited from driving on sidewalks to circumvent the traffic control device or bollards and that his department will take coercive action against motorists breaking state traffic laws.

The applicable traffic codes provided by Cecchini are:

750.419 Drive or operate a motorcycle; moped or other motor vehicle on a cycle path or sidewalk; offense; exception. Second. 419. Is guilty of an offense. “

For a solution to the problem, Douglas would like only one post to be removed from the Henry Street barrier so that he can park in front of his store. He said he would also be open to the idea of ​​a removable barrier instead of the semi-permanent bollards that are there now.

Feet on the Street returns to Bay City and turns town into a destination, says business owner

Axes and Arrows to open in Cd’A