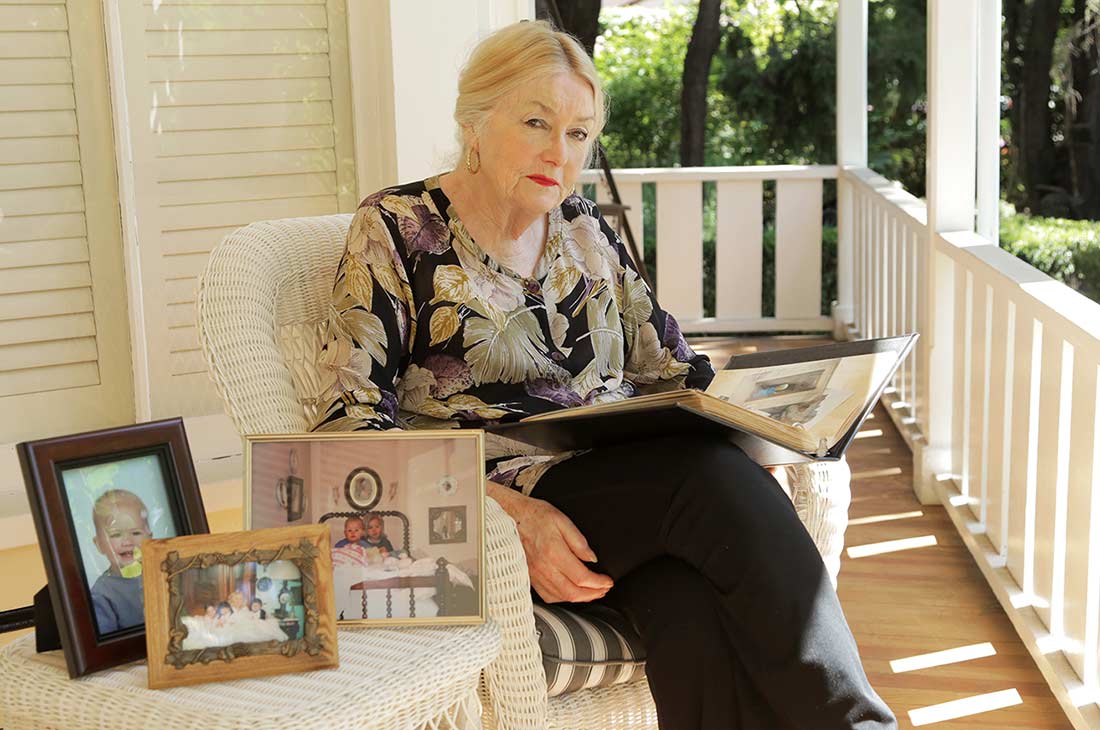 A life of beauty: Iconic collector Gracie Garcia dies at 82

Gracie Garcia was a world traveler, who cruised down a river in India while gazing at the stars in a houseboat, explored the Hermitage Museum in a Russian palace, and participated in countless other adventures.

Not only did she admire the surroundings, but she always made sure to bring a piece home with her, in all shapes and sizes. The lifelong collector was drawn to the beauty she found in paintings, furniture and anything that caught her eye.

Her next big adventure was scheduled for June, when she was to travel to Budapest. But the Hungarian city will not have the opportunity to welcome him.

Garcia, owner of Gilroy Antiques for more than 30 years and a downtown icon, died Feb. 10 from a stroke she suffered in December. She was 82 years old.

Tika Burns, one of Garcia’s four children, said her mother has been passionate about antiques for as long as anyone can remember. She rejected most newly made things, her son David Garcia said, perhaps because they couldn’t match the beauty and quality of something that’s been around for generations.

“I don’t think she’s ever been to a new furniture store in our entire lives,” he said. “She always bought nice things second-hand.”

Each international trip would result in a new item, or several things, for his collection.

“The world is his market,” David said.

Garcia was born in San Jose in 1939, grew up in Campbell, and graduated from Campbell High School.

The family lived in San Jose until moving to Morgan Hill in 1969, where Garcia pursued her other love of animals. They moved to a house on Fifth Street in Gilroy in 1977, where Garcia lived until his death.

While living in Gilroy, Garcia commuted to manage the Main Street Exchange in Los Gatos. But after the 1989 Loma Prieta earthquake damaged the building, Garcia began to float around the idea of ​​opening her own store, preferably closer to home.

It was around this time that the hardware store at 7445 Monterey St. in downtown Gilroy had closed shop, leaving the building available. Garcia purchased the building and Gilroy Antiques opened.

Countless people walked through the doors to view and purchase Garcia’s eclectic displays of furniture, kitchenware, artwork, jewelry and every type of collectible imaginable, or just to chat. with the owner herself. She was known to befriend everyone who set foot in Gilroy Antiques, and she often invited people to view the large upstairs apartment that would make any collector swoon.

Most of her store’s merchandise was acquired through private parties, according to a previous Dispatch article, where Garcia described herself first as a collector and second as a merchant. Her taste in produce definitely leaned towards the Victorian era, her children said.

“I love this store. It’s like a cocktail without the cocktails,” Garcia said in a 2015 interview with the Dispatch. never alone, because I get so much satisfaction in the store.”

Veteran downtown retailer Dave Peoples said he knew Garcia long before she opened Gilroy Antiques, as the two met through their combined love of antiques.

Peoples said Garcia was a “wealth of information” who was the go-to person for anyone trying to identify a certain item. He added that Garcia was always happy to see his friends and was quick to land a kiss, with Peoples joking that he always had to “wipe the lipstick off my cheek” before heading home to his woman.

“There’s no question that Gracie was her own person,” he said. “Gracie was just one of those unique people that when you met her, you were friends.”

The two may have disagreed on some things, and “it may have been a year where we didn’t talk to each other,” Peoples recalled, but their friendship remained strong for more than a year. four decades.

Peoples said he never had the chance to drop off bread and jam for Garcia to continue the long-standing Christmas tradition last December because his store was closed when he stopped, not knowing not that she had had a stroke a few days before.

He added that he still had this bread with his name on it in his fridge.

“He was a wonderful person,” he said. “She will be truly missed.”

Linda Ashford of Ashford’s Heirlooms said she’s known Garcia for around 30 years, having met her at a business mix, commenting on her “huge fur coat”.

Ashford said Garcia warned her that the antiques business was not something you pursued if you wanted to make money, but rather that you had a passion for beautiful things. It’s advice Ashford took to heart.

She said Garcia would always stop by the store to chat, putting her “Come back in 20 minutes” sign on Gilroy Antiques.

“She wouldn’t hesitate to lock the door and come visit,” Ashford said. “She was always shopping and she always found something beautiful. She just liked pretty things.

Since the 1990s, Kim Dorris Rossi of Leedo Art and Framing has framed numerous paintings and “little treasures” for Garcia.

“All you have to do is spend five minutes with her,” Rossi said. “I realized I wanted to be like her when I grew up. She lived her life on her own terms. She told you how it was, and you gotta love a person for that. Honesty is paramount .

Rossi said she last saw Garcia as she walked to Old City Hall for dinner. The two hugged, with Garcia telling Rossi, “I love you more.”

“You know, we have the memories, we have the stories, those smiles, those red lips, those blonde hair,” she said. “She was beautiful inside and out.”

A void in the family

The future of Gilroy Antiques remains uncertain. But passers-by can still get a sense of Garcia’s taste for collectibles as well as his humor, as evidenced by a sign outside warning those who don’t wear a mask inside the store should get caught. their temperature, “and we only have rectal thermometers. ”

Planning is underway for a celebration of life.

“She was the most wonderful mom, and I will miss her very much,” said David Garcia.

Burns said her mother was very happy with her life and her caring personality always wanted to see others lead a good life.

“She loved her life and loved what she did,” she said, adding that she called her mother almost every morning while Garcia was doing her crossword puzzle. “She loved everyone she met. Everyone she knew at Gilroy will tell you they felt very close to mum after meeting her.