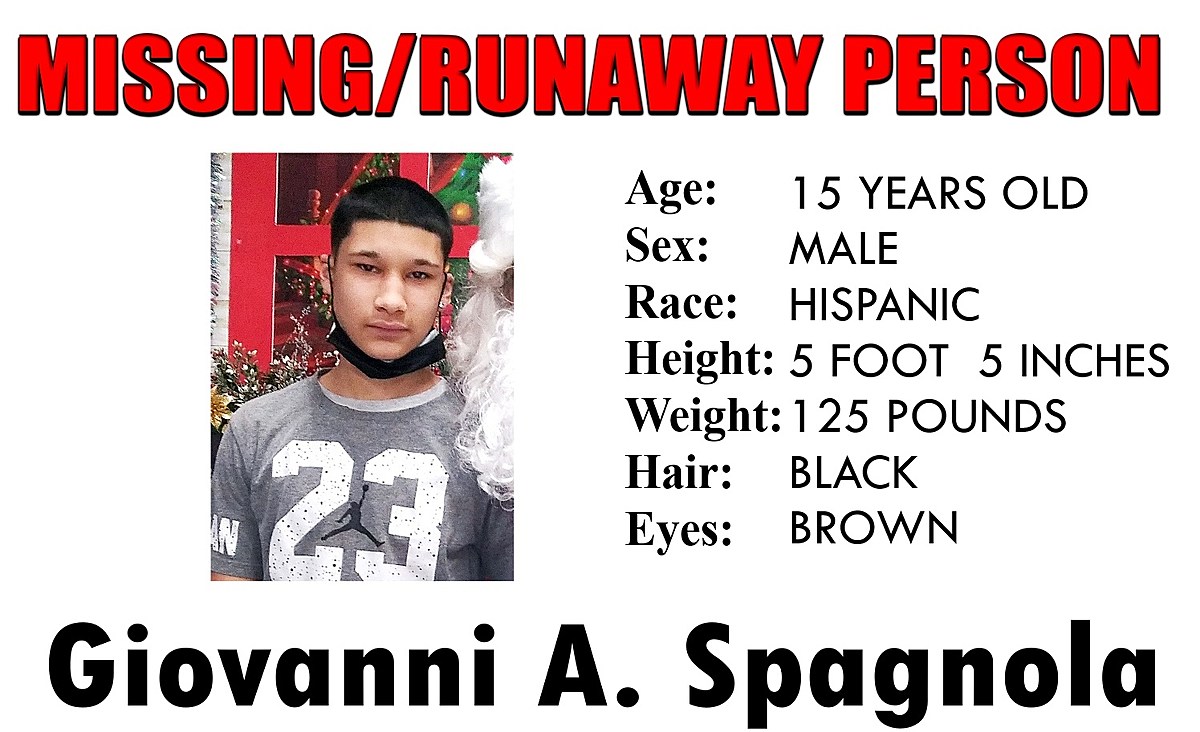 Authorities are asking for the public’s help in locating a missing Onondaga County teenager for more than a month.

Giovanni is described as being five-foot-five and weighing around 125 pounds. He has brown eyes and black hair.

Police believe he is in the Auburn, New York, area. No other information about his disappearance has been provided.

Anyone who knows the whereabouts of Giovanni Spagnola, or has information that could be helpful to police looking for him, is asked to call State Police Headquarters at: (315) 366.6000.

Assistance from members of the public is often crucial in missing persons cases.

Anonymous reports can also be made to Crime Stoppers. All Crime Stoppers offices across the country will collect the information and forward it to local law enforcement agencies.

According to the FBI, in 2021 there were 337,195 National Crime Information Center (NCIC) entries for missing children. Of these, more than 27,000 were cases of runaways at risk according to the National Center for Missing and Exploited Children.

[AUTHOR’S NOTE:   This post is for informational purposes and is based largely on information received from the New York State Police.  At the time of this posting no additional information is available.]

In fact, there is a misconception surrounding most of the following weapons.

Remember when couches were purple, dinette sets were bright red, and living room lamp shades were every color of the rainbow? If so, you’re a baby boomer and we found your old furniture at these retro department stores in upstate New York!

Wynn Hospital during the MVHS construction tour in Utica, NY

Bob Schoefield of MVHS opened a tour of the current construction status of the new Wynn Hospital in downtown Utica on Friday, February 11, 2022. The project is on schedule and is expected to be completed and open in the fall of 2023 .Bill