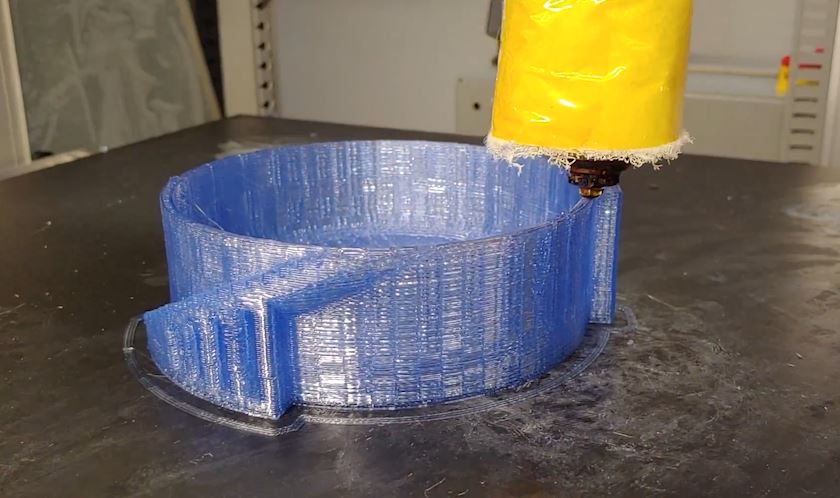 AUSTIN (KXAN) — From plastic water bottles to medical and manufacturing waste, those at re:3D use the waste to print products.

“This waste has a lot of potential,” explained Samantha Snabes, co-founder and catalyst of the company.

Snabes said she and her team have been working on ways to keep trash out of landfills and reusing it. When the company started nearly a decade ago in 2013, Snabes said they knew they wanted to create jobs
but they also wanted to make a difference. That’s when they discovered they could 3D print with waste.

“This waste concept just provides one more way to create these jobs and a whole industry of jobs around it,” she said.

Today, the company’s 3D printers can use plastics in various forms for printing such as flakes, pellets and filaments. So far they have created artwork and furniture that has benefited Austin Habitat for Humanity.

“It’s just like a really cool way to show how your waste can create value again and again,” Snabes said.

re:3D sold all of the 3D printed items they created at Austin Habitat for Humanity Restore’s new Lake Creek site last month, and all proceeds went to the nonprofit to continue its work of helping local families.

They organized two events. The first was in the summer of 2020, where they created lots of furniture for people to sit on and raised around $580. The most recent event was in December 2021, around that time they created smaller items such as planters, side tables, and small artwork and raised almost $1,500.

In a statement, employees of Austin Habitat for Humanity said they connected with those at re:3D “over the mutual belief that it is valuable to give objects a second life. As a center for donations and discount home improvement store, Austin Habitat ReStore locations accept and sell gently used items daily, saving millions of pounds of reusable materials from going to landfill each year.

Austin Habitat for Humanity reports that 38 million pounds of waste has been diverted from landfills.

“Our organizations have collaborated on two strands of ‘Trash to Furniture’ at our two ReStore locations in Austin since our partnership formed in 2019. These collections feature designs 3D printed from plastic waste combined with reclaimed materials like scrap flooring, miscellaneous glass or furniture. missing parts, giving reusable goods a new purpose instead of sending them to landfill. Proceeds from the sale of these one-of-a-kind, mixed-media homewares are then donated to the local community benefiting the affordable housing efforts of Austin Habitat for Humanity, as do all ReStore purchases,” added Austin Habitat for Humanity in the release.

The latest report from the United States Environmental Protection Agency or the EPA reports that nearly 150 million tons of trash ended up in landfills in 2018. Of that, plastics accounted for about 20%, with food being the biggest contributing factor.